Our new D3 LED lights are built upon a decade of DENALI innovation to deliver the highest performing 36-watt street-legal driving light to hit the market. read more

Join the waitlist to be emailed when this item is back in stock.

Our new D3 LED lights are built upon a decade of DENALI innovation to deliver the highest performing 36-watt street-legal driving light to hit the market. Our D3 driving light features our signature TriOptic™ beam system that includes a spot and hybrid driving lens with each light pod. Unlike previous TriOptic™ lights, the D3 hybrid driving beam is ECE and SAE compliant to deliver an impressive street-legal high beam in North America and European Union countries. But what if you’re not concerned with street-legal precision and just want off-road outrageous? We got you covered too! The D3 spot lens was engineered for maximum beam distance measuring over 1900 feet at 1 lux (per pair). No other 36-watt light even comes close. The spot beam is so impressive it actually outperforms top-tier competitor’s lights that are twice it’s size.

Our D3 is also available in an SAE & ECE certified fog beam for drivers seeking a true street-legal fog beam that is super wide and features a crisp horizontal “cut-off”. SHOP D3 FOG 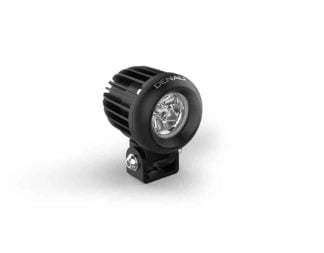 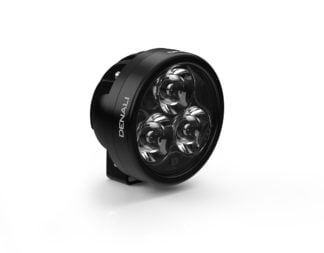